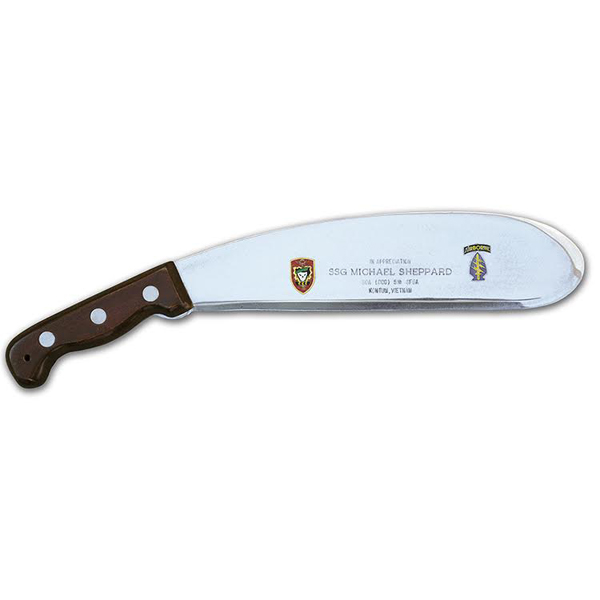 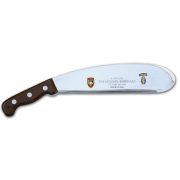 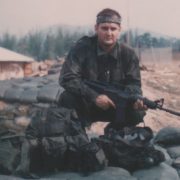 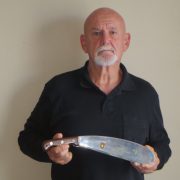 Michael Sheppard’s end of tour presentation bolo. The item is described as a Counter Insurgency Support Office (CISO) round tip bolo that was dismantled, chromed and the handles stained before being reassembled. The blade has been engraved: IN APPRECIATION, SSG MICHAEL SHEPPARD, SOA (CCC) 5TH SFGA, KONTUM VIETNAM with two beer cans affixed to the face.

In 1968, Michael M. Sheppard served with 5th Special Forces Group (ABN) assigned to A-241, Polei Kleng, RVN. He was later reassigned to Military Assistance Command Vietnam Studies and Observations Group (MAC V SOG), Command and Control Central (CCC), with the Hatchet Forces before he transferred to Recon Company assigned to Recon Team Montana. During the veteran’s tour he participated in a MAC V SOG, Combat Jump on August 23, 1970.

Staff Sergeant (E-6) Sheppard processed out of the Army in 1974 after seven years’ service with forty months in Vietnam.