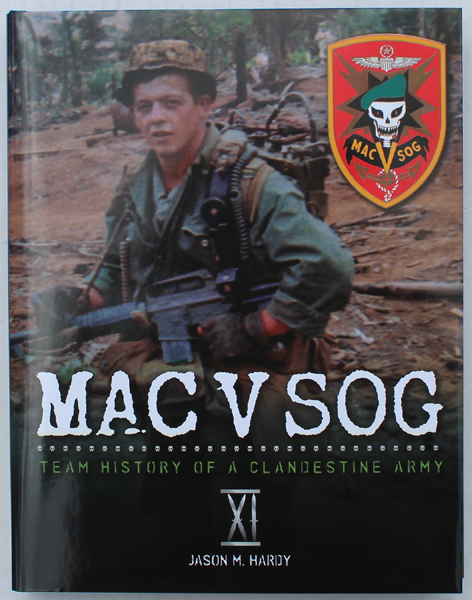 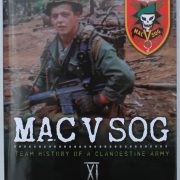 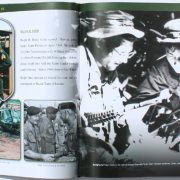 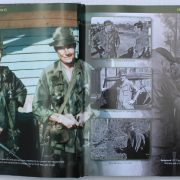 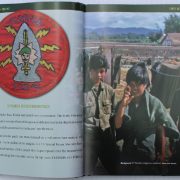 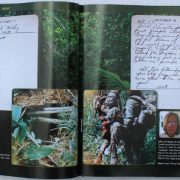 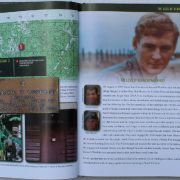 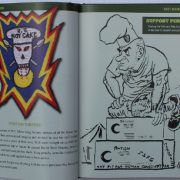 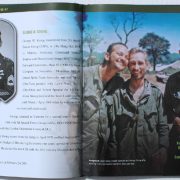 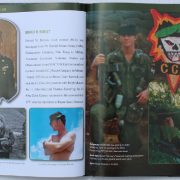 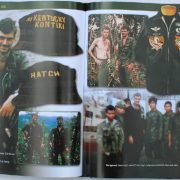 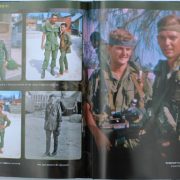 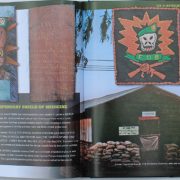 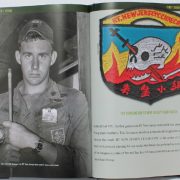 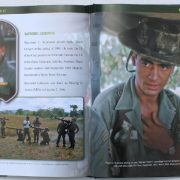 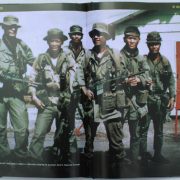 Released in May 2018, this is the eleventh edition in the MAC V SOG series by Jason M. Hardy. The limited publication of 250 copies are hard cover with a dust jacket, 400 pages, glued and sewn binding, over 1000 period images on heavy archival paper of US and indigenous personnel, documents, letters home and artifacts.

The book series breaks down the history of reconnaissance teams assigned to Military Assistance Command Vietnam, Studies and Observations Group (MAC V SOG), OPS-35 (Ground Reconnaissance) in a chronological pictorial order from creation to stand down. The men who served in the unit have cooperated with first hand interviews, provided never before seen period pictures and the history of the team: stating who they served with, reconnaissance missions ran, tactics that were implemented and the design of the team’s insignia. The book is enhanced with the help of team members and collectors that supplied wartime artifacts that were worn or used by the veterans. Items only previously read about were professionally photographed and are now shown in full color.

MAC V SOG: Team History of a Clandestine Army, Volume XI covers the history of Recon Teams: Florida (CCC), Hot Cake (CCC), Kentucky (CCC), New Jersey (CCN) and Oregon (CCN). The author has identified the following individuals as having served on one or more of the recon teams during their tour / tours in Vietnam.